FAQs About the Books from Jesus

Here is the audio of the text below in case you prefer to listen:

How are the books from Jesus written? 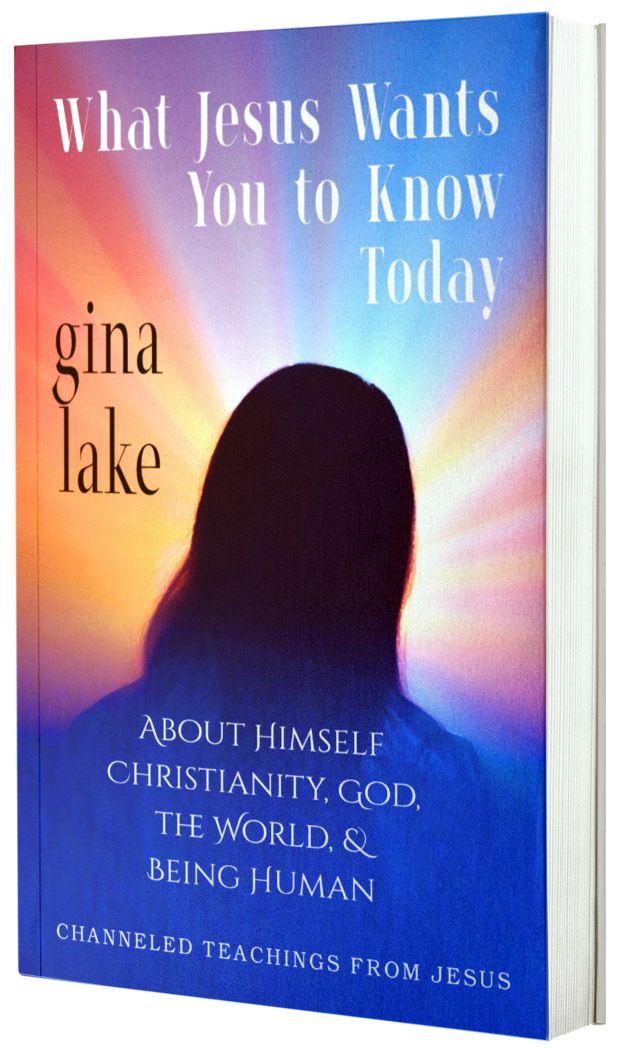 I receive the books from Jesus in the same way that Helen Schucman received A Course in Miracles, which is also said to be dictated by Jesus. Many others have also received their writings this way, including St. Teresa of Avila, St. Hildegard of Bingen, Richard Bach, and Neale Donald Walsch. This method of receiving information is called conscious channeling. It's a process of hearing words mentally and writing them down as they are heard, without any thought. I can receive this communication anywhere. I don’t need to be in a meditative or trance state. All that’s necessary is that I don’t think.

When I’m receiving this dictation, it’s as if Jesus is sitting in a chair next to me speaking the words, except that those words are heard mentally. I can ask questions during this dictation and receive answers, but the process works best when my own mind is completely set aside. Then the flow happens smoothly and rapidly and without interruption until a particular stopping place is reached.

When I’m writing a book, I usually write 700-1500 words each morning and then go over that later the same day, adding necessary punctuation and paragraphing. The words require very little editing, nor do I change anything in the organization of the book. The books are given to me without me knowing what the book will include, although I’m given a table of contents.

Writing this way is a little like driving blind, in that I don’t know what’s coming next, although I might have an intuitive sense of it. It takes continual trust that the book will come together, which it always does. I couldn’t have written these books myself. My books are my teachers, and I am privileged to share them.

How did you come to be a scribe for Jesus? 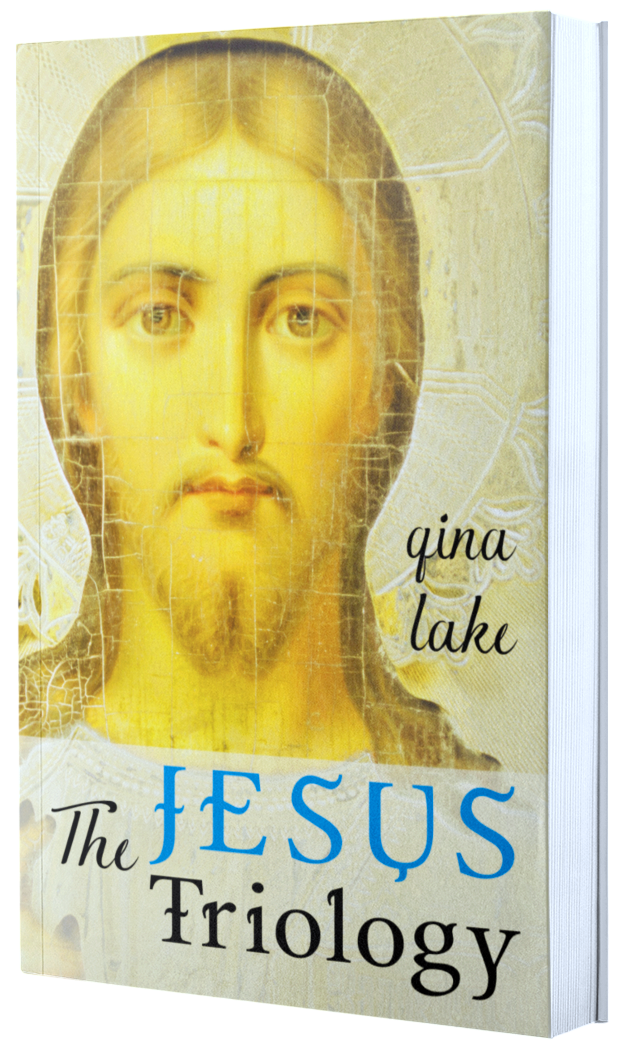 I didn't ask or necessarily desire to be a channel for Jesus, and I had no idea my work would take this turn. Life is full of surprises! However, in 2012, a spiritual shift and deepening happened, and I became aware of a profound connection to the Christian lineage that went back many lifetimes for me. That year, in the fall, Mother Mary appeared to me. I saw her and spoke with her. She said she would like me to write a small book for her and that Jesus would also be in contact soon.

Subsequently, I began having inner experiences of Mother Mary, Jesus, and a circle of twenty-six other Ascended Masters, who appeared to me in my mind’s eye and spoke to me in words I could clearly hear in my mind. The reason they gave me for appearing at that time is that I had reached a point in my growth and in my life when I would be working more closely with them. Here are a few of the inner experiences I had in 2013 with Mother Mary and Jesus, which I recorded in my spiritual log:

“Jesus’s face materialized, just for a few seconds, and he began to talk with me. I saw this in my mind’s eye and I heard his words inside my head. Jesus said that he and various Ascended Masters were behind my work and that I’d prepared for this role as a channel for eons. He said they are healing the world through the words I and others write and that words are especially powerful today because they can reach so many people. When Jesus spoke, I could feel how huge he is as a spiritual being. He is one of the main guardians of this planet. He has explained to me that he is available to all who are devoted to him and to anyone who calls upon him.”

On another occasion, I recorded this:

“I felt and saw in my mind’s eye a circle of beings around me who were Ascended Masters. They looked like a circle of light beings. Although they were indistinct figures, a sense of sacredness and holiness permeated the gathering. They were conveying intuitively to me a sense of celebration, like a birthday. There was a flame above each of their heads and above mine, as I stood in the center of the circle. The scene looked a little like a birthday cake, and I wondered if the candles on birthday cakes symbolized a new birth or new phase, as this seemed to. I was told that it was an initiation. After a few moments, they began to leave, one by one, and only one remained. It was Jesus. He said, ‘Welcome, my beloved child,’ and held out his arms. ‘You are part of this circle now. You have arrived at your destination. We will always be with you. You will receive training soon.'"

It was later explained to me that the training Jesus was speaking about was in being an instrument of his teachings and a transmitter for Christ Consciousness and that this training would happen while I was asleep and at other times.

And on another day, this is what I wrote: 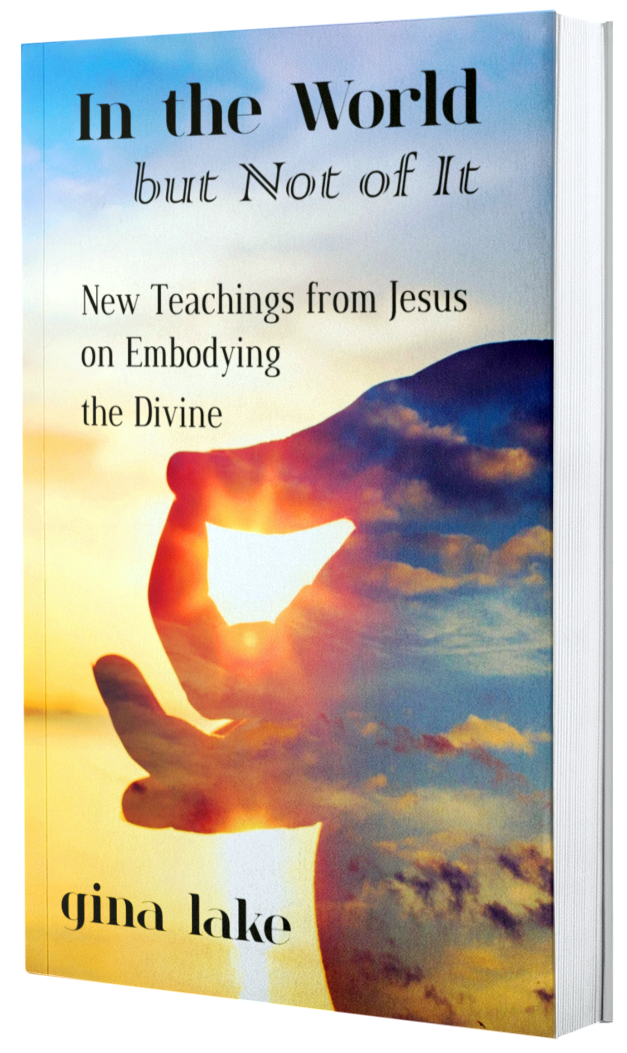 “In my meditation, I felt moved to call on Mother Mary. She appeared to me and said: ‘Blessed One, I have a blessing for you and a rose.’ I then saw, in my mind’s eye, her hand me a red rose. ‘The rose is a symbol of love and connection with all and with me. When you see a rose, think of me,’ she said. The blessing she gave me felt like molasses moving slowly down my body from head to toe.”

Later, I learned from a religious scholar that the rose in Christianity is like the lotus in Hinduism and that Mary is often seen with roses. Roses were part of the miracle performed by the Virgin of Guadalupe, and Mother Mary is often depicted with roses at her feet. Furthermore, a rose is often depicted at the center of the cross. On another occasion, Mary placed a wreath of roses on my head and called me her child and said she would be there to greet and embrace me at the end of my life. It felt very heavenly and like I had always known her.

There is a purity in the experience of these beings and in their communication. They are loving, accepting, and very respectful of our free will. I see them inwardly, feel them, and hear them with distinct voices and energies. I've been channeling since 1986, so I have experience with the various beings in other dimensions, including the false ones, which I talked about in my batgap.com interview, which you can listen to here on my website at the very bottom of the "About Gina Lake" page.

When I first started working with Jesus, I asked him if I should acknowledge him as the author, being somewhat concerned about what people might think about claiming this. He said I was free to choose not to do the books, but if I chose to, he wanted people to know that these were his words. He wanted people to have a direct and personal experience of him. I see now that having these books be in his voice has made them more powerful than if they had been in my voice.

I was also concerned about the negative associations many “spiritual but not religious” people might have around Jesus and Christianity because of Christianity’s emphasis on fear, guilt, and judgment. But it is these very distortions of the teachings of Jesus and the wounds they’ve caused that Jesus now wishes to correct and heal through the books we are writing together.

How do you know it’s Jesus? 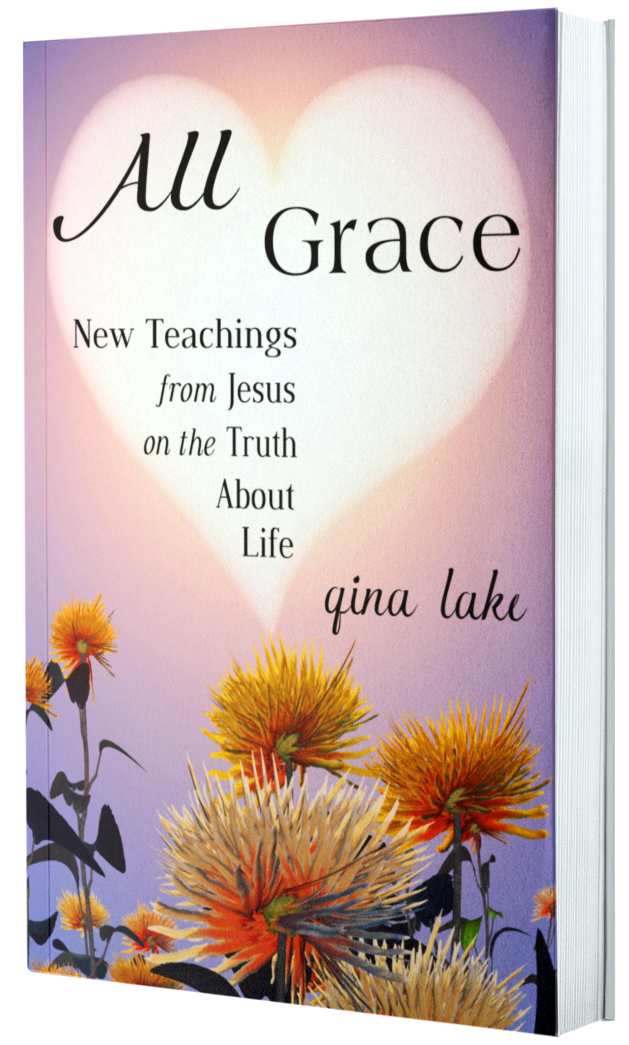 Lower astral entities simply could not nor would they write a book like the ones I'm bringing through, although they could regurgitate a few phrases of perennial wisdom they gathered along the way if that would facilitate their con. Writing a book wouldn't be fun for them, and it's too lengthy a project. But more importantly, they aren't wise enough to do this. So, when an entire book comes through that is consistently wise and said to be from Jesus, then it is Jesus, because those capable of such wisdom don’t misrepresent themselves: "By their fruits, you will know them." However, it is still possible for even developed channels to make mistakes, so your discrimination is important. But that doesn't mean you have to "throw the baby out with the bathwater" if something doesn't ring true. Ultimately, you must decide for yourself what you will believe. That is one of our lessons as human beings.

Another reason I know I am speaking to Jesus, besides the fact that he identifies himself as Jesus, is that beings on other dimensions have a unique energy signature, and when you are a developed channel, you can recognize the signature of who you are talking with.

There are other ways you can tell the level of the being you are talking with. For instance, higher beings never tell you what to do, while lower astral beings do exactly that. Lower beings flatter you while disempowering you and suggesting that you do things that will harm yourself. Higher beings support you, advise you wisely, and have your best interests at heart.

Undeveloped channels or channels who are ego-identified or in a negative state need to be aware of the dangers of channeling. The danger is that they will reach only lower astral beings, who are con artists and worse. Lower astral beings will claim to be Jesus and other Ascended Masters and then deliver inaccurate information and information that Jesus and other Ascended Masters would not. You can recognize lower astral beings because they create fear, confusion, and a sense of victimhood in those they are speaking to. The best preparation for being a channel is meditation and a sincere devotion to God and a lack of ego-identification. Be wary of channels who are not devoted in these ways. 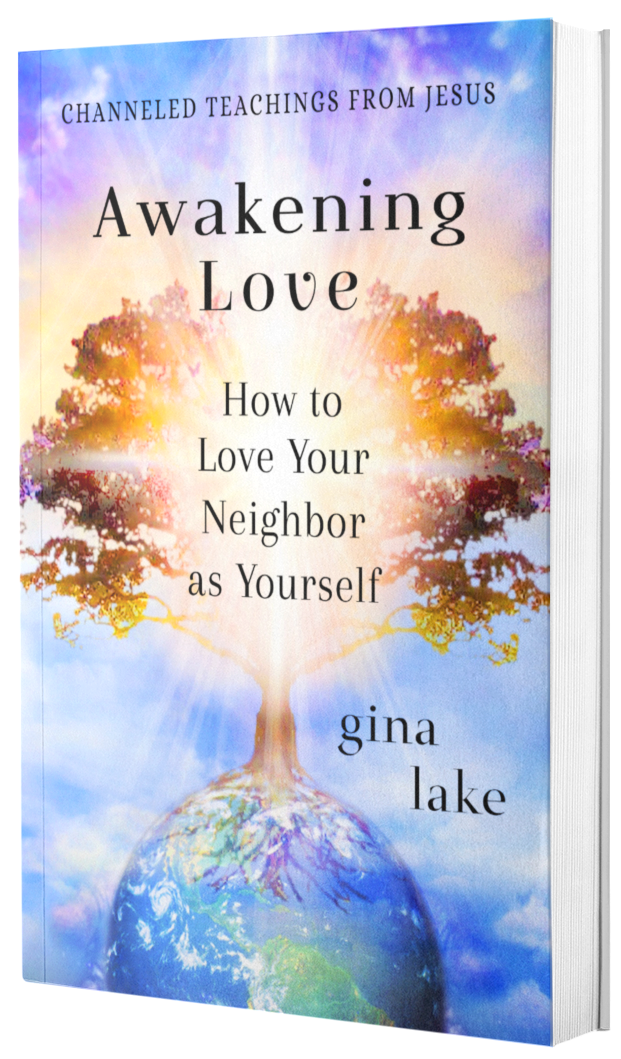 Jesus is available to everyone who is devoted to him and his message of love. He is in touch with many, many people, although not as many can actually speak with him. He is speaking through a number of channels today because his message is so needed. He is very involved with the transformation of consciousness on this planet, along with many other Ascended Masters.

Any differences in the many books written that are said to be from Jesus are likely due to differences in the channels’ backgrounds, vocabularies, and capabilities. A channel’s interests, audience, and openness to certain kinds of information are other factors that affect what information comes through or doesn’t come through. Channels are instruments, and those instruments affect what comes through and how clearly it comes through—and, as I said, channels can make mistakes.

I happily and gratefully share these words from Jesus and my relationship with him with you because it has so enriched me, and I can only hope that it will do the same for you. So, there you have it!

This is Gina on earth...

is what we all are.

And get an ebook of Love and Surrender for free!